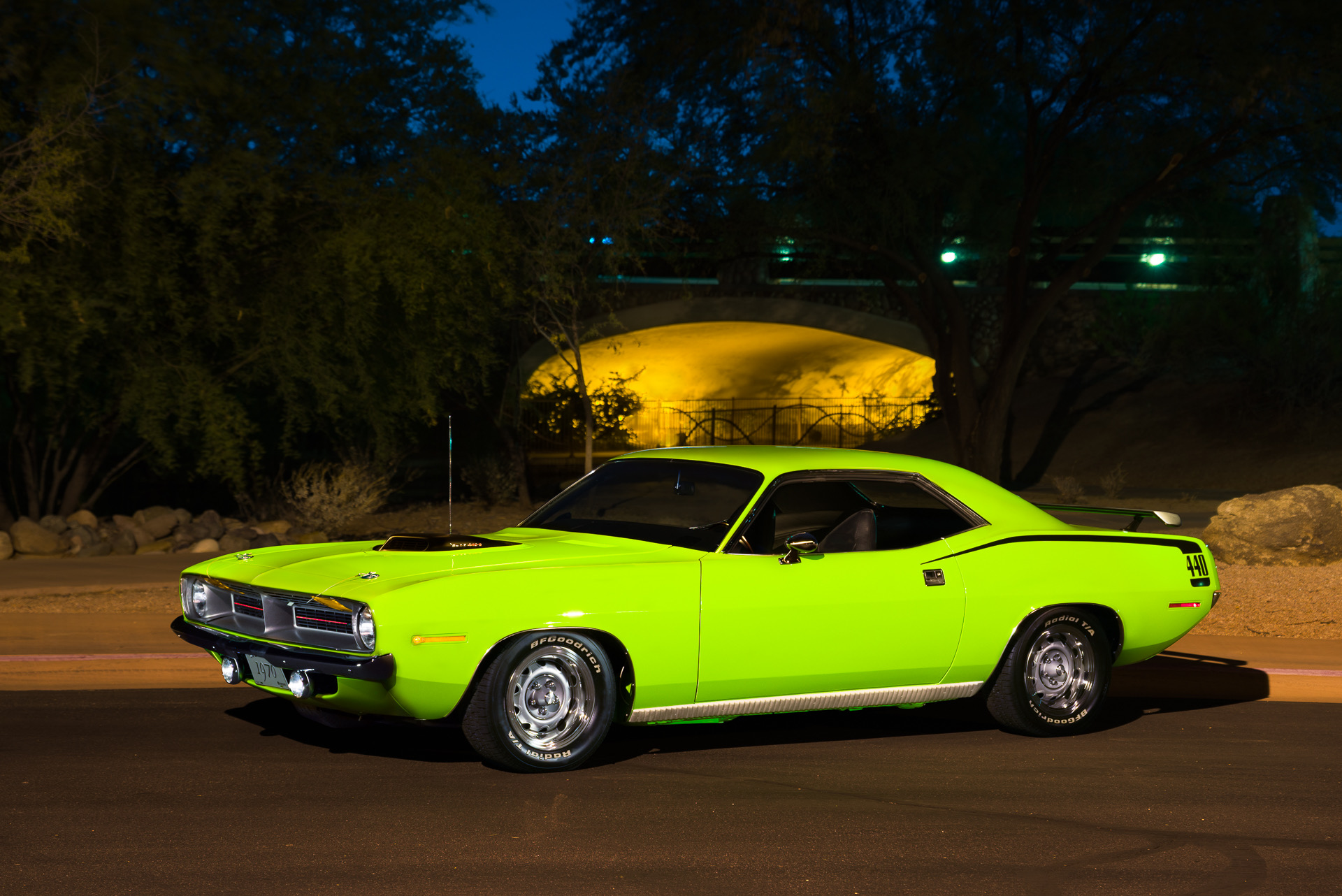 This is an amazing car to restore and we are glad to be a part of it. It is a factory 1970 Plymouth ‘Cuda 440-6 pack with 4 speed manual and Dana 4:10 rear end. This car was a race car from the first day out of Chicago area. After its racing days in the 1970s were done, it was left for dead and when it was finally found it was highly cut up and rusted bad.

The current owners found the car in 2010 and decided to bring this awesome beast back to life in its factory form. The car first went to a facility at AMD where is was fitted with 90% all new sheet metal and flooring. After being squared and rough welded the body was shipped here to S&S for the restoration duties. As you can imagine a lot of cutting and fitting was required with this much metal being replaced. It then went on the rotisserie for the body and paint work.

The car was originally FJ5 sublime green and went back to that same color using PPG single stage Concept with a clear coat. The paint turned out amazing. We located an original 1970 440-6 block and built it from there. 440 source supplied the new aluminum heads and all of the internals. When it was all said and done it pumped out 525 hp and over 600 lb-ft or torque running on pump gas. The motor build was completed by the team at Vrbancic Bros in Ontario Ca.

The transmission and all associated pieces were supplied by Brewers Performance. An 833 with Hemi 18 spline was used with a McCloud clutch. In the back a new Dana 60 rear end was used and the optional 3:54 gears were selected to help make the car more drivable. This cuda was resurrected from the dead and brought back to life and the world is a better place for it. Though it is much better now than it ever was new and it looks amazing and retains the original stock look with a few modern goodies.