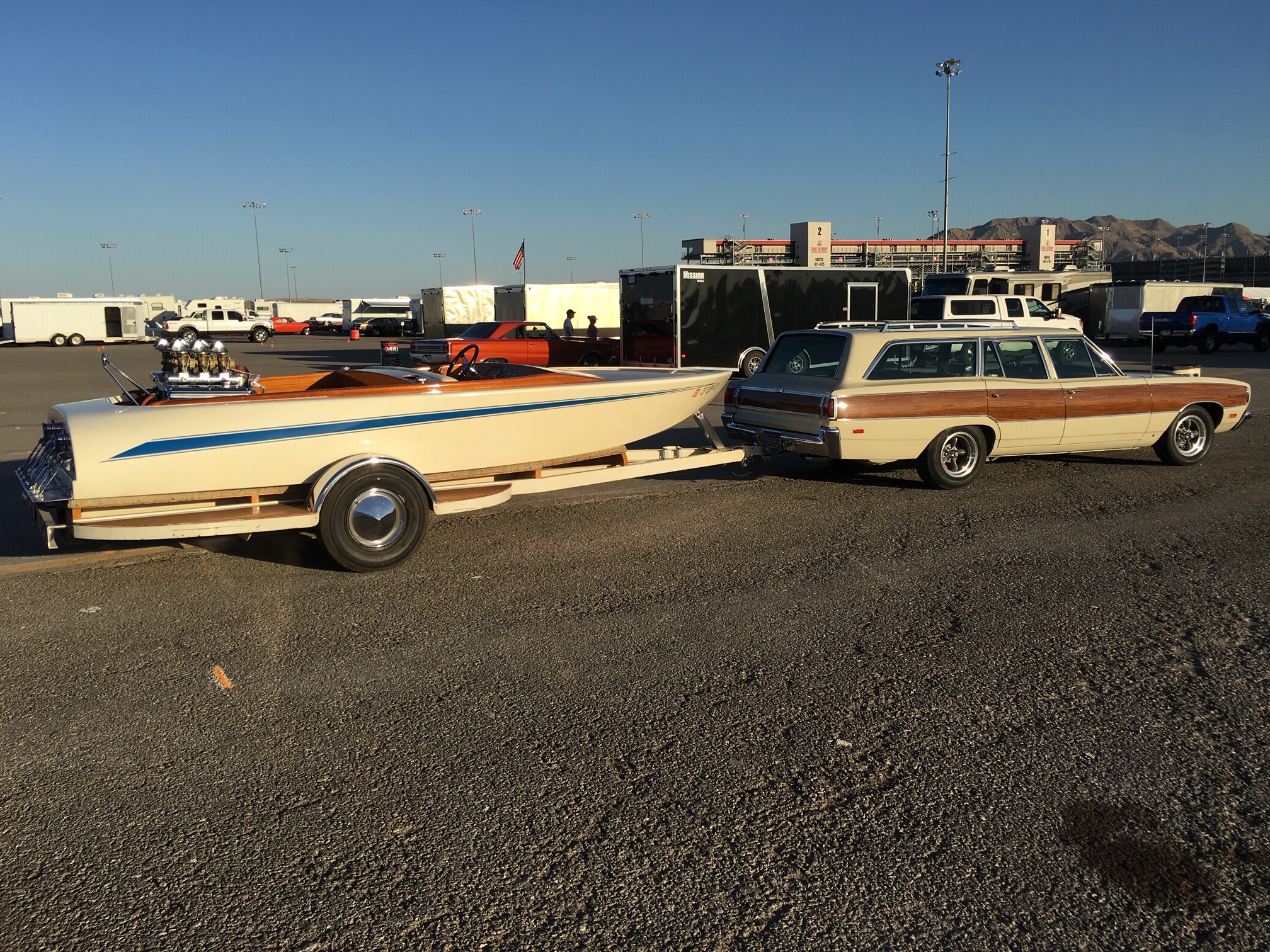 This is a 18’ race hull that was built for pleasure use. The owner commissioned Bob Patterson to build this boat for a pleasure/ speed boat. It was started in 1958 and finished in 1962.

A crate 392 Hemi was selected for the power train and the ultra rare Edelbrock intake was used. On top of the Intake are six Stromberg 97 carbs.
A VelvaDrive 2 speed trans was used with the V drive set up. This was new at the time and works very nicely even today.

A lot of personal touch and love went into the build of this boat and it is obvious throughout. The boat as you see it is totally original and unrestored. It has only been in the water 2 times since it was built. With the last time being in 1967. It is in remarkable condition and very well might be the nicest unrestored Patterson in existence. It is all period correct 50’s-60’s nostalgia.

When we purchased this boat some 12 years ago it was bought from the original family who had it built. We ran the motor to make sure it ran but it has not been started since.

This is one of the nicest boats you have ever seen, especially being unrestored. $49,000